Get this book in print

What people are saying - Write a review

We haven't found any reviews in the usual places.

Other editions - View all

Dr Axel Klein is Head of the International Unit at DrugScope, and a fellow at St. Anthony's College, Oxford. He has carried out research projects in the Horn of Africa, Nigeria and the Caribbean on conflict, society and culture, and the politics of drug control. He is the coeditor of Fragile Peace: State Failure, Violence and Development (Zed 2002). Marcus Day is coordinator of the Caribbean Harm Reduction Coalition, Saint Lucia. In addition to managing a number of regional development programmes including the EC Drug Treatment and Rehabilitation project in seven Caribbean countries, he is the author of numerous reports and studies, including (with coauthors), A Drug Demand Reduction Needs Assessment in the Caribbean Community and Market (2002) Dr Anthony Harriott is Senior Lecturer in the Department of Government, University of the West Indies, Mona Campus. He is the author of Police and Crime Control in Jamaica (2000) and editor of Understanding Crime in the Jamaica: New Challenges for Public Policy. 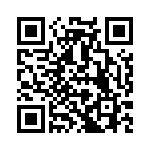